Proficiency, from the Latin verb proficere, means “accomplishment or progress.” Accomplishment in the education setting is generally described as reaching an established performance benchmark. Most commonly, this benchmark represents the minimally-acceptable level of student performance at a particular grade level in a specific discipline. Proficiency represents “good enough for now.” Different states (and even districts) may have established unique benchmarks that students must reach in order to be considered proficient. Using a proficiency model, students must demonstrate that they have attained a skill level that’s on par with a specific benchmark before proceeding to the next grade level.

While “proficiency” comes to us courtesy of the Romans, the French gave us the root for “mastery,” which they described as “intellectual command.” Mastery is of greater depth than proficiency. It connotes knowledge at a much deeper level. It is the point at which students have not only met specific benchmarks but also gained a complete understanding of the content and can consistently demonstrate the skill.

“Although I may have reached the minimum level of proficiency to pass the tests, I haven't completely mastered the skills needed to be truly college and career ready.” 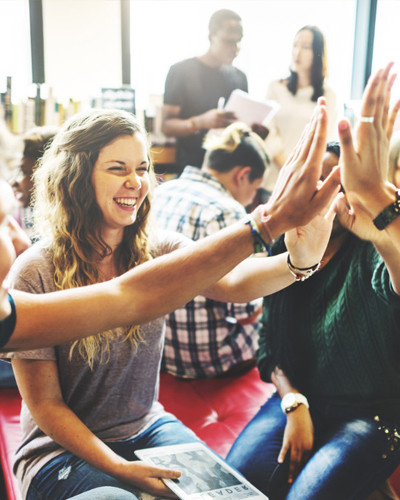 Proficiency can be hard to quantify without looking at examples from the world around us.

Example 1: Odell Beckham, Jr., has mastered the one-handed catch. If you’re a football fan, you’ve heard of Beckham and his unique catches. Through hard work, dedication, and determination, he first became proficient in catching a football before mastering the art of catching a football with one hand.

Example 2: Board certification is required to practice medicine. It’s not enough to simply pass courses or dedicate hundreds of hours to residency programs—the final step in certifying doctors requires demonstration of mastery.

Example 3: Jimi Hendrix is described by the Rock and Roll Hall of Fame as “arguably the greatest instrumentalist in rock and roll history.” Even so, when 15-year-old Hendrix first picked up a guitar, he had a long way to go before he mastered it. Of note: Hendrix was naturally left-handed, but to appease his father he learned to play a right-handed guitar. Eventually he learned to play “both-handed” and could simply flip right handed guitars over to play them left-handed. How’s that for mastery?

What would schools look like if mastery, rather than proficiency, were the benchmark?

The issue is that mastery is typically NOT required before students move on to new content in today’s classroom. Students “pass” at a 70 percent proficiency level in a subject, but they are advanced with a 30 percent knowledge gap. As students move on to tougher content, those knowledge gaps add up over time. It’s difficult to master new content in a given subject area when students start with a lack of essential knowledge. As Sal Khan, founder of Khan Academy, describes in the video below, it is like building a house on an incomplete foundation.